Arctic Chess Challenge 2010 is the fifth edition here in Tromsø. It all started in 2006 when it was called Midnight Sun Chess Challenge. The first winner was GM Sergey Shipov of Russia, among competitors like grandmasters Magnus Carlsen and Michael Krasenkow. Much of the basis of his victory he laid by beating just the 15-year-old Magnus Carlsen in their mutual encounter. GM Shipov won with the score +6=3-0, half a point ahead of Carlsen and his Norwegian colleague Leif Erlend Johannessen. The Russian grandmaster is a highly respected author of chess books and trainer of young chess talents. He is also often seen as live commentator at international tournaments. 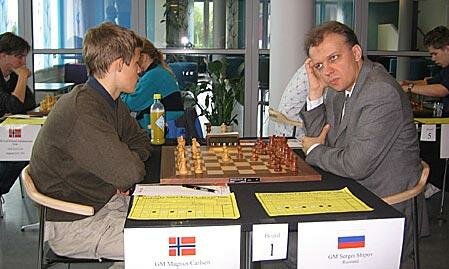 In 2007 GM Alexander Moiseenko of Ukraine was victorious, this time over 14 other grandmasters. Once again today’s world no. 1, Magnus Carlsen was among those who were beaten. Another player who was beaten on aggregate by Moiseenko, was GM Vugar Gashimov of Azerbaijan, who after his participation in Tromsø in 2007 has grown to be one of the world elite. GM Moiseenko won with the same score as GM Shipov the previous year. The 2007 winner did however not escape one loss, but through extremely effective play in the other rounds it resulted victory with 0.5 point margin and a score of +7=1-1. Among GM Moiseenko’s strongest results are gold in the 2004 olympiad for his Ukrainian team.

Arctic Chess Challenge 2008 resulted in another Russian victory, this time by GM Igor Kurnosov. For the third year running 7.5 points was necessary to win. GM Kurnosov’s score in 2008 was +6=3-0, giving him the victory ahead of grandmasters like Simen Agdestein, Matthew J. Turner and Vitaly Kunin. GM Kurnosov has a quite sharp style of play, making him at times a crowd pleaser with brillliant attacking victories. We got to see some of this in 2008 during the Arctic Chess Challenge, and we had once again a popular and deserved winner.

The Arctic Chess Challenge 2009 was a happy event for many, for several reasons. At last we got a female winner of the tournament. GM Monika Socko from Poland impressed us enormously in this tournament and won it all in very close and hard-fought competition with the tournament’s other top players. For the first time Arctic Chess Challenge was being decided on tie breaks, and on those GM Monika Socko was best! Among those just behind her on the results were the American super talent Ray Robson, Marijan Petrov from Bulgaria and the Swedish grandmaster Emanuel Berg. GM Socko’s score in last year’s Arctic Chess Challenge was +5=4-0, just enough for first spot. Monika, together with her husband Bartosz Socko and their son Szymon, is also going to enter this year’s Arctic Chess Challenge. We take great pleasure in again welcoming the Socko family to our tournament, together with the rest of the starting field, which might be the best so far in Tromsø and Norway. 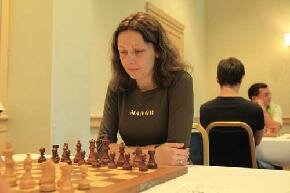 Just like last year the Socko family make up three spots on the starting list: Monika, Bartosz and Szymon.

A few statistics as of today:

The starting list contains 29 title holders, of which only 2 are Norwegian!
8 of the title holders are women, led by last year’s winner, Monika Socko.

ACC definitively is an international tournament already, since just 23 of the contestants are from Norway. 21 other countries are represented, making up more than 60% of the list so far.

Only 8 of the entries lack international Elo, and the average rating is 2268.

As of now 7 chess couples are listed, with all 14 having international titles. Last year’s winner Monika Socko and her husband Bartosz have the highest average Elo, 2551. Below are all chess couples :