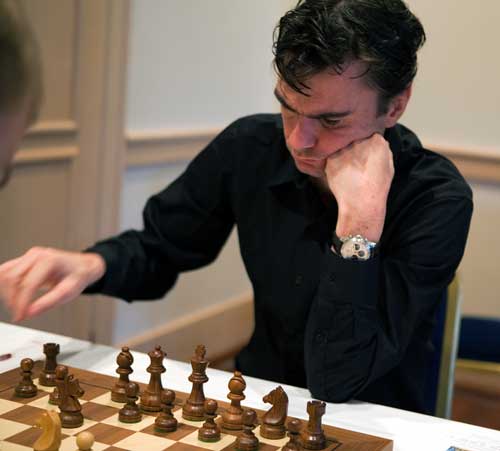 GM Mikhail Kobalia is one of the great pre-favorites in this year’s ACC, and with his rating of 2648 it’s expected of the 32-year-old Russian to get into the top 3. He became GM at a young age 13 years ago and has been stable above 2600 the last ten years.

His major achievements include victory in the European U-16 in 1994, 1st in Biel Open Masters in 2005 and shared 1st prize the Monarch Assurance Isle of Man 2007. GM Kobalia are not afraid to play for a win with the black pieces, and in the opening he has a preference for the Sicilian Kan and Taimanov.

He beat newly talented Fabiano Caruana with black in the Russian team championships and has also beat strong white players like Sergey Karjakin.

Finally we can also mention that he is an excellent blitz player with several top positions.We expect a little black magic from GM Kobalia in his Arctic Chess debut.